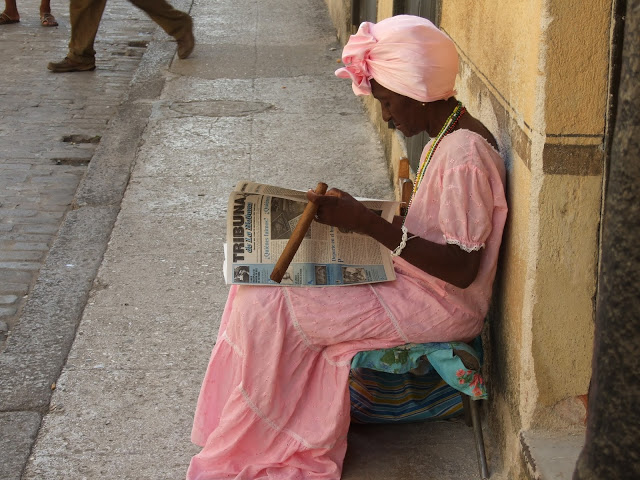 If you have planned a trip to Cuba, whether you are an expert or just curious about the world of Cuban cigars, you cannot miss to find out about the origins of this fascinating product, fruit of the island’s history.
There is more to a puro – the typical Cuban handmade cigar – than a bundle of rolled desiccated leaves. Knowledge, care, expertise and culture lie in each of its layers. 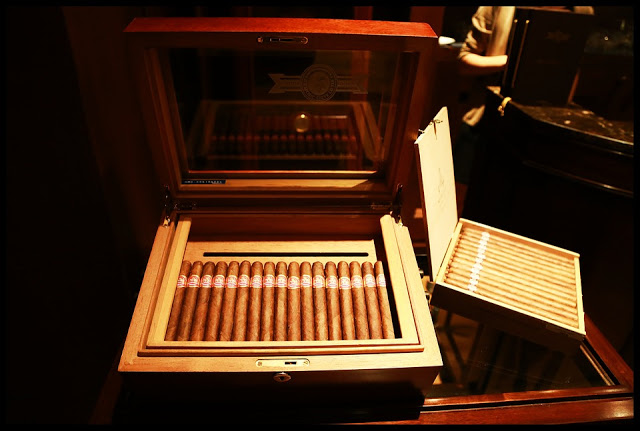 From the cultivation of tobacco to the combination of different leaf types (used to create a whole range of habanos with different aromas), from their accurate and precious packaging to their preservation in the humidor (a wooden box), the production of these cigars is sheer art from start to finish.

Following the scent of cigars

The Cuban Cigar Festival is held every year in Havana between February and March, and provides visitors with an excellent chance to delve into the fantastic world of habanos. This festival, with its fairs, exhibitions and conferences, welcomes professionals and amateurs from all over the world. Guided tours take place in the country’s most important tobacco factories and in the plantations of the famous Vuelta Abajo region.
During the Festival, new vitolas (types and sizes of cigars) are presented and the prestigious “Habano of the year” prize is awarded. 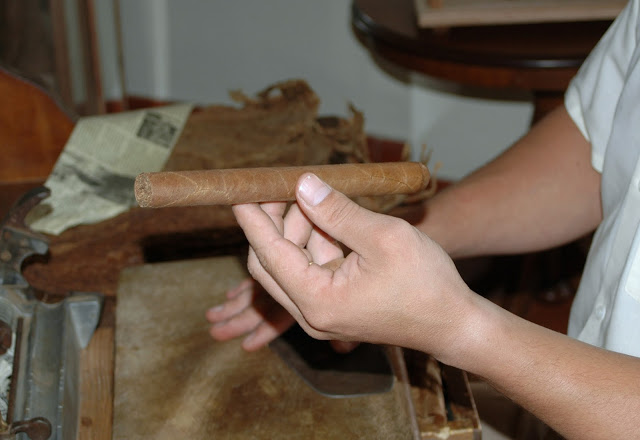 Your Cuban cigar discovery tour can start at the Museum of Cigar in Havana, in Calle Mercaderes No. 120 e/ Obispo y Obrapia. Here, you will see the tools used in the different cigar production stages and get an overview of its history and its importance for Cuban culture.
The museum also hosts a small shop where you can buy a good habano.

Factories and cigar shops in Havana

If you wish to discover the meticulous work behind cigar manufacturing, you should take a guided tour of one of the factories where the finest cigar brands are produced, such as the Partagás, the Cohiba and the Montecristo, in their wide range of qualities and types.

The famous Real Fabrica de Tabacos Partagas, founded in 1845, is located in the centre of Havana (Industry #520) and organises daily tours of about 30 minutes. Here, the fascinating production of some of the most famous Cuban cigars mixes with the striking architecture of the neoclassical factory building. 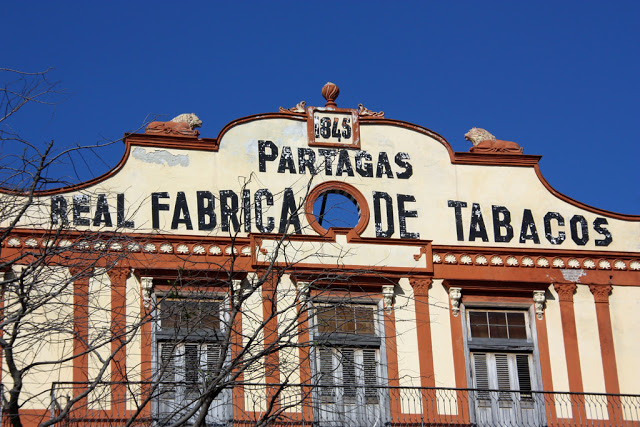 Another well-known factory you can visit is the Romeo y Julieta (located in Father Varela and / Desague y Penalver, Havana), which hosts the even more renowned Fabrica H. Upmann, producer of the Cohiba brand.

If you would like to buy a habano, you can get some brands on sale at the factories. Otherwise, you can go to the famous La Casa del Habano shops (5th and 16th Av. 5 y Calle 16, Miramar, or at the Hotel Melia Habana), appreciated by the greatest cigar lovers. We recommend that you refrain from buying cigars in the streets and that you are always wary of cheap imitations.

Plantations and farms in Havana surroundings

Since there is no habano without tobacco leaves, you should go for a trip to the famous plantations of Vuelta Habajo in the western province of Pinar del Rio.

Here you can visit some local farms and plantations where tobacco leaves are collected and desiccated, such as those of Alejandro Robaina’s family. He gave his well-known name to cigars that are appreciated by many eminent personalities.

A tour of the Viñales Valley – Unesco heritage – is another must-do. In a scenic karstic depression, rich in Cuban history, there are ancient villages inhabited by tobacco growers and some of the most important plantations in the country. You can also have lunch in a local farm, such as the Agroecologica Finca El Paraiso, or in the renowned Balcon del Valle restaurant, both surrounded by the spectacular landscape of tobacco plantations and steep mogote hills. 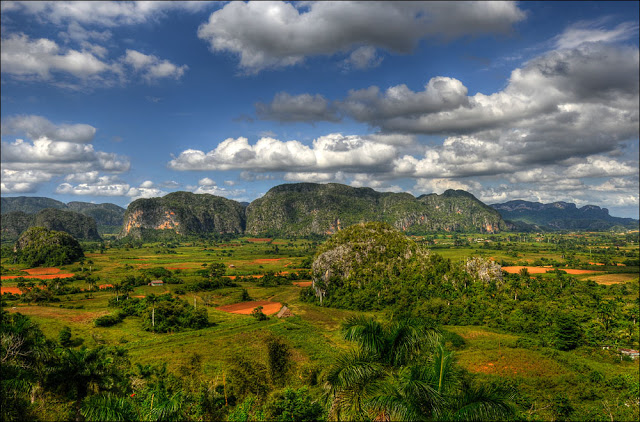 Did you know that…

Over the centuries, during the colonization of the island, tobacco farming and cigar production proved an actual gold mine. Cigars, with their precious aromas, became famous and were soon demanded all over the world.
There are no personalities related to Cuban history who did not roll a puro.

In fact, rumor has it that the native Americans offered desiccated and rolled tobacco leaves to Christopher Columbus on his arrival on the island in 1492.

The name of the famous Montecristo cigars seems to come from Dumas’ novel “The Count of Montecristo”. This is said to be one of the several books that were read to tobacco factory workers to cheer them up during their work. It is known that Che Guevara used to smoke the Montecristo, while Fidel Castro preferred the Cohiba. 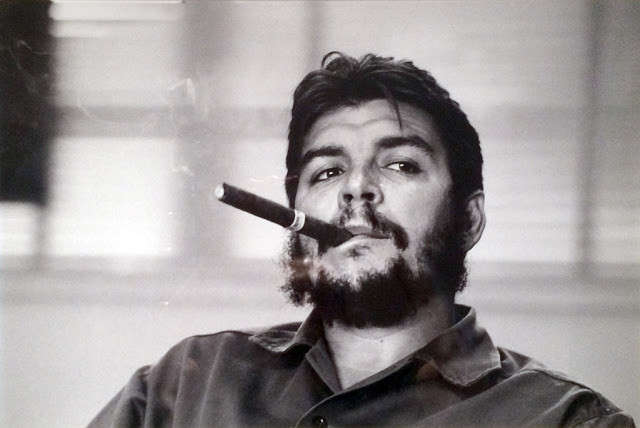 Moreover, Winston Churchill, who was a great estimator and smoker of the habanos (nowadays there is a brand bearing his name), was seriously worried that his favorite cigar shop got damaged during London bombings.

Ernest Hemingway, a habitual visitor of Cuba, used to sit at the Bodeguita del Medio sipping a Mohito (typical Cuban cocktail, along with Daiquiri) and smoking a puro, enjoying the blend of their flavors.

Well – you have now contemplated beautiful landscapes, walked through the plantations, observed tobacco farmers’ work, visited the farms and followed the habano manufacturing process.
With the cigars’ aroma in your nostrils and a renewed spirit, you are now ready to enter one of the typical restaurant-bars in Havana, such as the Bodeguita del Medio or the Floridita, where you will feel even more strongly the presence of the famous people who patronised them for decades and honored the culture of Cuban puros. 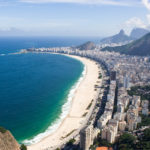 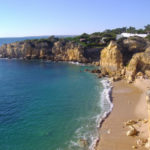 The 5 Most Beautiful Beaches in Lisbon