3 Days in Athens: What to Do and See in 72 Hours in the Greek City 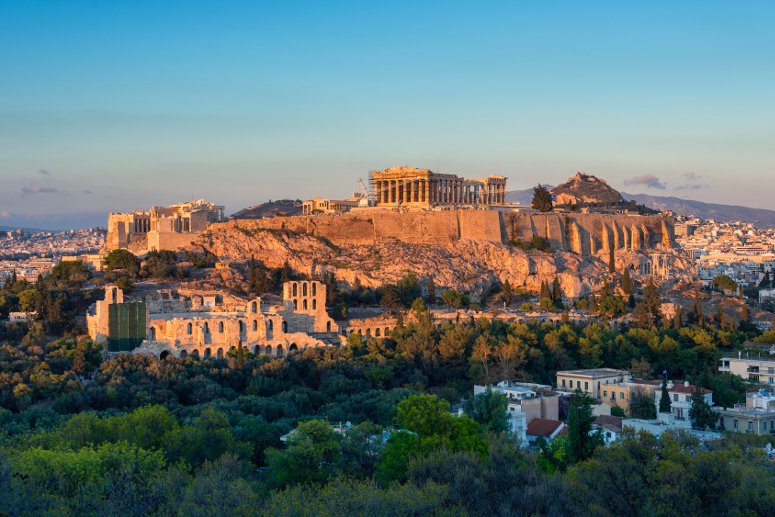 Cradle of Western civilization, cultural beacon of Europe, cosmopolitan heart of the Mediterranean: Athens, Greece will immerse you in millennia of history. But visiting Athens in 3 days is much more than museums and ancient art — in true Greek fashion, this modern city is a mosaic of contrasts, with a vibrant nightlife beside historical ruins, hip and lively cafès and restaurants next to monumental grandeur. Tradition and modernity, living and thriving side by side in this must-see world famous European capital.

With such a vast wealth of cultural attractions, visiting Athens in just 3 days may seem like a daunting task. Take a step with us into this city of contrasts with a distinct Mediterranean flavor, and follow along our hand-picked essential itinerary of what to do and see in Athens, Greece.

Top tips for your 3 days in Athens 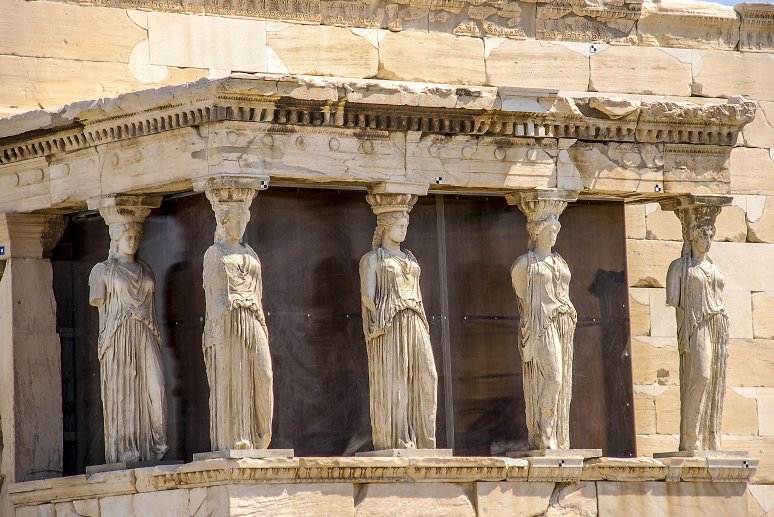 The Porch of the Caryatids, Erechtheion 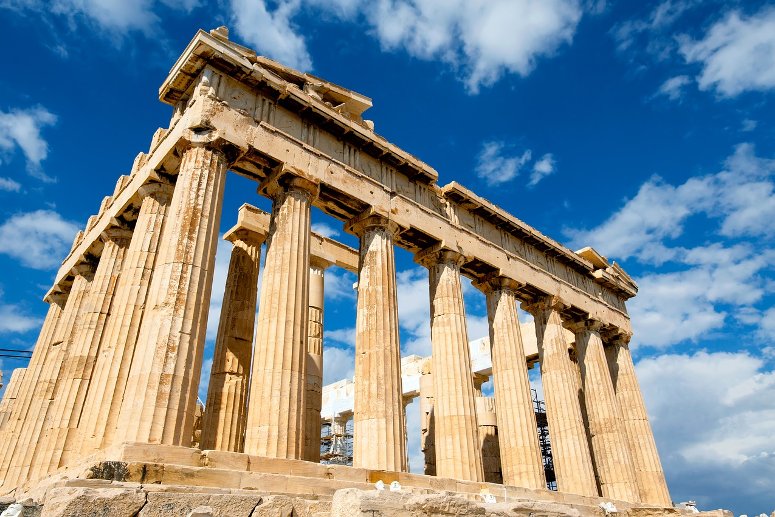 Unmistakable and unmissable in the city skyline, the Acropolis towers over the modern concrete jungle of modern Athens: this is where we will start our perfect 3-day Athens itinerary. This UNESCO site, with a descriptive name meaning “high city”, is the heart of classical Western architecture and culture, built upon a barren hill overlooking the surrounding town and with a clear view out to the sea. Do try to get an early start in the day, to beat both the late-morning crowds and the midday heat, and remember to bring along plenty of fresh water.

The most famous and largest of the temples on the Acropolis is of course the Parthenon, built in the 5th century BC in honor of city patron goddess Athena. With its tormented history of being used (and abused) as religious temple, then church, mosque, fortress and military arsenal, and sacked for its priceless art, it is truly a wonder that its main external structure is still standing! Don’t miss the other temples on the hill, including the Temple of Athena Nike (or Athena of Victory), the oldest surviving structure on the hill, and the Erechteion, with its beautifully sculpted Caryatids, marble figures of women used in the place of columns.

At the base of the Acropolis, you will find 2 ancient theaters where classic Greek dramaturgy was born: the 4th century BC Theater of Dionysos, and the better-preserved Odeion of Herodes Atticus built around 160-174 AD. Performances are still held in the Odeion, so try and catch a show if you want to see it up close and live the authentic experience. 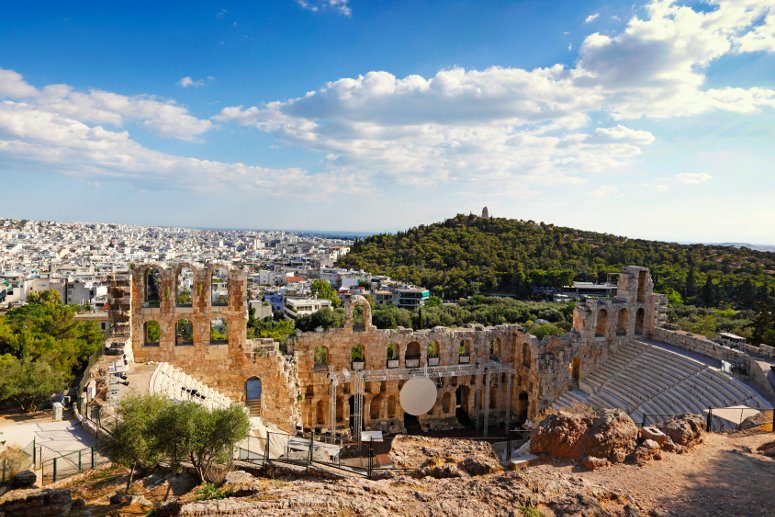 The Odeon of Herodes Atticus

Once you have explored the Acropolis, take a stroll in the Plaka neighborhood at the foot of the hill, right in the heart of the city. This is arguably Athens’ most lively nightlife neighborhood, with bars and nightclubs, but is also incredibly picturesque in daytime as well, with its red tiled roofs, twisting pedestrian streets and countless lovely cafès and eateries. One of these is the highly-reviewed To Kafeneion, where you can enjoy a variety of delicious Greek dishes, seated al fresco in the cobbled street. Don’t miss the zucchini fritters and the traditional dolmades, rice stuffed vine leaves — authentic and tasty!

After lunch, dive right back into history with a visit to the remains of the majestic Temple of Zeus Olympios. This massive structure was the largest in ancient Greece, with 104 marble columns over 6 feet wide; only 15 columns remain standing nowadays, but you can definitely get a feel for the sheer enormity of this temple, which took more than 600 years to finally be completed by Roman emperor Hadrian (who also erected the triumphal Arch just northwest of the temple).

For your last cultural stop of the day, stop at the Acropolis Museum, an ultra modern structure which houses many sculptures from the Acropolis. Visitors can view excavations of the hill slopes, attend live and video presentations, and contribute to preservation efforts.

Treat yourself to dinner at Ellevoro, a family-run restaurant with elegant style, tucked away in a side street behind the Acropolis. Dishes are elegantly revisited and updated versions of traditional Greek fare, and the service will make you feel right at home. 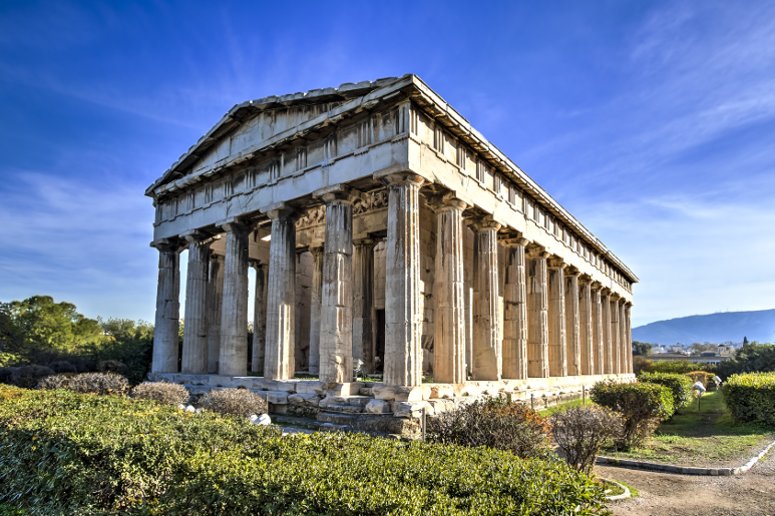 The temple of Hephaestus

Start your day off exploring the northern side of the Plaka neighborhood, and visit the excavation site of the ancient Agora of Athens, where citizens would socialize, shop, do business, and talk politics. Now a large park, the area includes the Temple of Hephaestus and several other temples, the Stoa of Attalos where most shops and the main market were located, the Odeion of Agrippa theater, the Library of Pantainos, and many bronze statues.

By the 1st century BC, under the Roman Empire, the ancient Agora was no longer efficient enough for the city’s needs, and thus the new Roman Agora was built. This Ionic column-enclosed structure included law courts, shops, libraries, public toilets, temples, as well as a full astronomy and weather station called Horologion.

Mediterranean street food is world renowned for being famously delicious, and Greek souvlaki is arguably one of the tastiest choices for a quick lunch. For an authentic, local-recommended experience, stop by Kosta’s Souvlaki, a tiny hole-in-the-wall establishment that promises an amazing, low-cost meal. You may need to wait in line a bit around rush hour, but the mouthwatering meal will be worth it!

Your next stop will immerse you in the traditional atmosphere of the Monastiraki market neighborhood, a lively collection of shops and bazaars. Monastiraki Square hosts the Sunday flea market, full of anything you can imagine, from real antiques to memorabilia to kitchenware; take the time to explore all the countless tiny side alleys that branch out from the square, and you’ll discover many unique shops that are not to be missed. 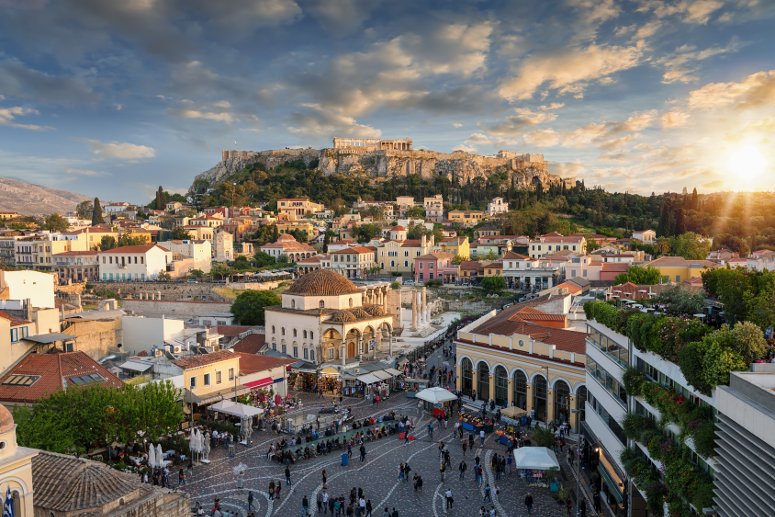 Round out the day with a visit to the National Historical Museum, originally the residence of King Otto in 1813, then rebuilt to house the Greek Parliament first, and later the Ministry of Justice. The Museum covers artifacts from the Fall of Constantinople to the Ottomans in 1453, all the way to the Greek Italian war in 1940, including the Greek War of Independence in 1821. Admire memorabilia, costumes, personal items from each time period, as well as historical paintings by both Greek and foreign artists.

For dinner, you can’t miss a meal at Scala Vinoteca, highly recommended by diners as Michelin-star-level food and service, at a surprisingly moderate price. Greek flavour fills each dish, while the presentation is stunningly refined; let staff recommend menu and wine pairings, and you will not be disappointed.

A favorite after-dinner haunt for a relaxed, upbeat atmosphere and great cocktails is definitely Baba Au Rum, a unique cafè and bar with a cool vibe and good music. From sweet and fruity to savory and smoky, whatever your taste, the friendly bartenders will mix a tasty cocktail to tickle your tastebuds! 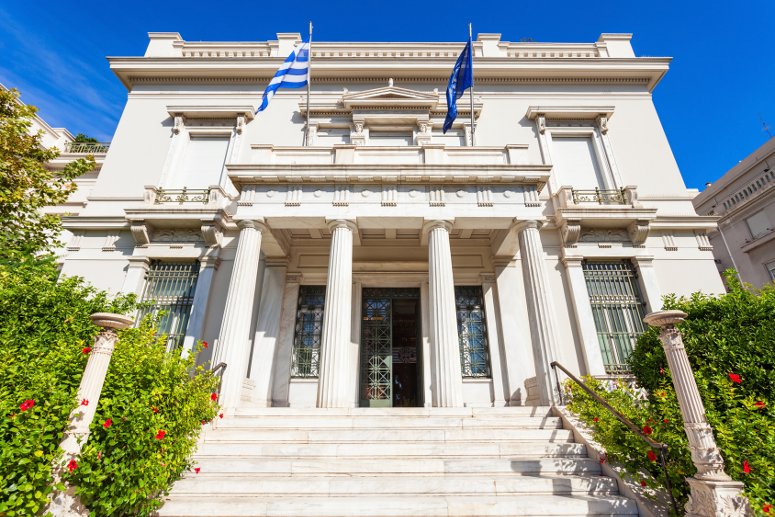 On the last of your 3 days in Athens, take a cultural side trip from classical art and architecture, and delve a little deeper into the roots of Aegean civilization: the Goulandris Museum of Cycladic Art covers the island culture and art that flourished on the Cyclades islands between 3200 BC and 2000 BC. Admire ancient stone sculptures and figurines, daily objects, pottery and the famous style of vases with red and black decorations. Don’t miss the Stathatos Mansion, a separate neo-classic wing of the museum that dates back to 1895.

Just around the corner you will find the Benaki Museum, which houses the Islamic Collection; with pieces from Egypt, Iran, Turkey, Mesopotamia, India, Persia, and many more, and ranging from the 7th to the 19th century, this gallery — built upon the core private collection of Antonis Benaki — is truly outstanding and gives an impressive cross-section of the extraordinary Islamic culture brought to the Mediterranean by the Ottomans.

Break for lunch at Yoleni’s, and enjoy the stuffed pitas that reviewers highly recommend. With an excellent selection of Greek wines and local cheeses, you can sample a wide range of traditional food products from all over Greece; staff will help you find the perfect tasty souvenir to take home as well.

Syntagma Square, or Constitution Square, is the heart of Greece as an independent nation, as it houses the Greek Parliament Building (which used to be the Royal Palace). Here you can also see the Tomb of the Unknown Soldier, in front of which the Changing of the Guard takes place every hour, on the hour; with the guards’ elaborate costumes, complex maneuvres and ceremonial dance-like marching, it is truly a sight to see. 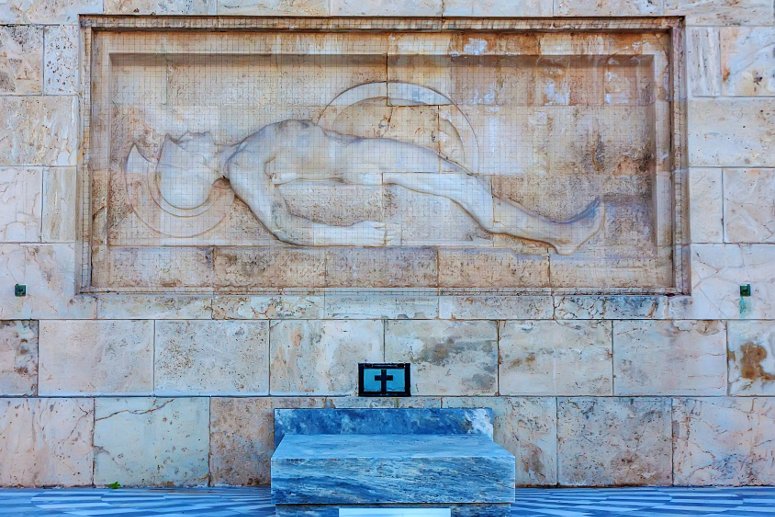 Take a walk to the Panathenaic Stadium, built in 330-321 BC to host the Panathenaic Games and restored to its full marble glory for the first modern Olympic Games in 1896. It is the only stadium in the world built entirely out of marble, and it has retained the classic elongated shape of ancient stadiums; today it can seat up to 45,000 spectators, and is still used for sporting events as well as music concerts.

Wrap up your 3 perfect days in Athens with dinner and drinks at Skyfall Cocktail & Food Bar, arguably the best view in town. Gaze upon the Acropolis at sunset, enjoy great food and wine, and sip on excellent cocktails while you bid farewell to this vibrant city of contrasts.

Juxtaposing ancient culture and modern sophistication, classic sights and a hip entertainment scene, feeling the beating heart of Athens, Greece for just 3 days will captivate you for a lifetime.

3 Days in Athens: What to Do and See in 72 Hours in the Greek City was last modified: May 15th, 2018 by Cristiana doni
0
Facebook Twitter Google + Pinterest 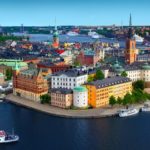 36 Hours in Stockholm: Make the Most of Your Visit! 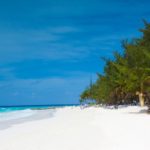