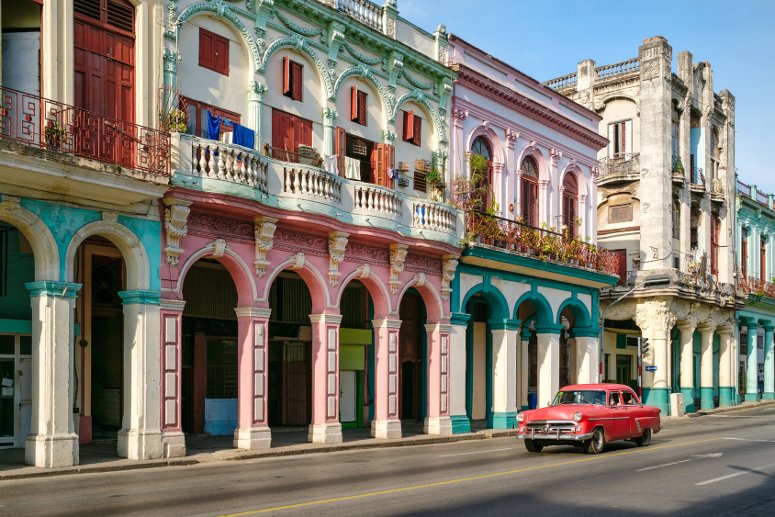 Havana, definitely is a place to be, one of the best cities in the world that exude the mixture of the past and an exuberant modern-day culture.
The following places have been carefully selected among myriad of interesting options for travelers who intend spending 4 days in Havana. 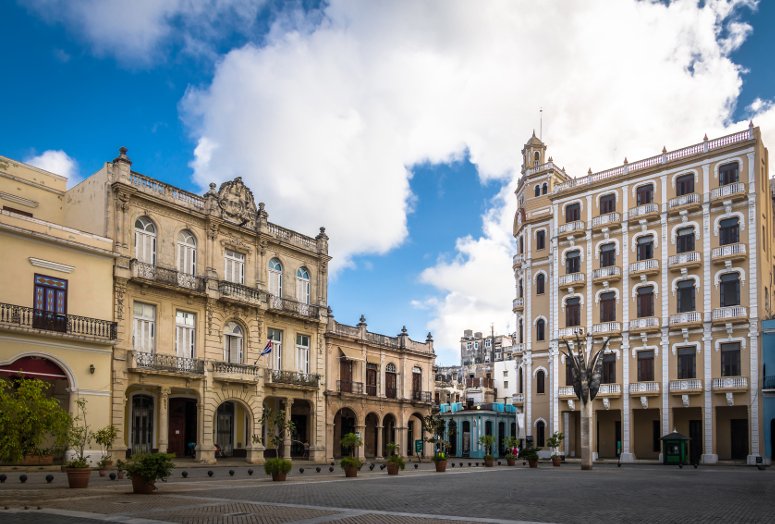 Start your first day in Havana with what many people consider their favorite moment in the city: stepping inside the Camera Obscura room.
Head to Old Havana, the historic colonial heart of the city, on the eastern edge of the city.
Find Plaza Vieja and look for the tallest building in the square: it’s called Edificio Gómez Vila. Buy the entrance ticket and get on top of it: you will get a comprehensive live 360° view of the old town.
From up there, you will be able to capture beautiful scenes which ordinarily would not be seen at the same time, all in a form which gives you the feeling that you are actually present in those places. Could be a panoramic feature of domes, balconies, rooftops and plazas. Or the sight of people going about their normal lives: kids playing in parks and gardens, visitors discovering the intimacies of the city, even young lovers kissing along the Malecón, Havana’s emblematic seawall.
You will almost feel like you are spying on them.

You can spend the rest of the day getting lost in Habana Vieja: you can easily stroll for hours through its narrow streets, admiring dozens of colonial buildings, elegant squares and churches.

Finish your first day in Havana with a visit to legendary La Bodeguita del Medio, the most popular bar in the city, right in the heart of the Old Town.
La Bodeguita is a must-see for all visitors to Havana: people are drawn there by the myth of Hemingway and of many other celebrities who visited it in the past, such Pablo Neruda, Salvador Allende and Gabriel Garcia Marquez: their signatures and dedications still cover the bar’s walls.
Nowadays, the clientele is much less prestigious and apparently mojitos are not as good as before: still, you must visit the place that claims to have invented the legendary cocktail. You can always try a different drink and listen to some live Cuban music. 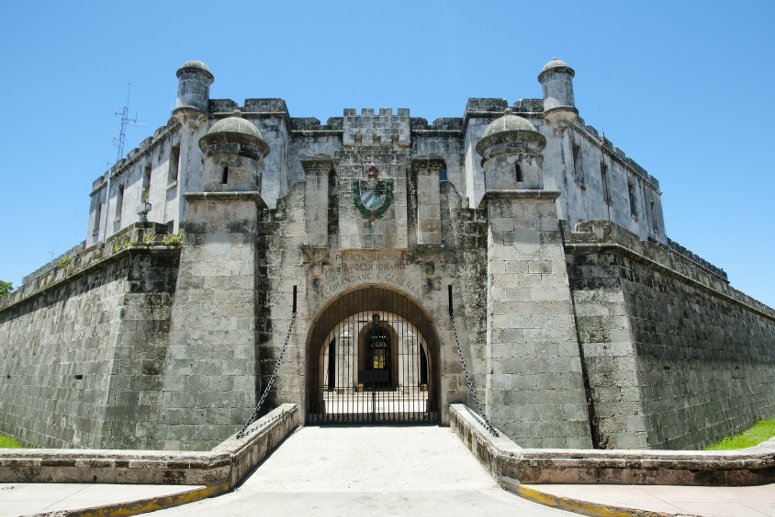 Castillo de la Real Fuerza (in English the Castle of the Royal Force) is no doubt a sure stop on any visit to Havana.
Day 2 could be the right moment for it.
We are still in the Old Town, precisely in Plaza de Armas, admiring one of the finest examples of military architecture and the oldest European forts in the Americas: it was built by the Spanish, back in the 16° century, to guard Havana from the pirates.
Today, the castle houses a superb maritime museum that preserves a marvelous collection of model ships, including a huge 4-meter model of the Santissima Trinidad, a giant Spanish galleon sunk in 1805 during the Battle of Trafalgar.
The fortress was listed as UNESCO World Heritage Site in 1982 and is considered an authentic engineering marvel.

A few steps from the Castillo de la Real Fuerza, you will find the City Museum, another exciting place you would like to visit is the Museo de la Ciudad. 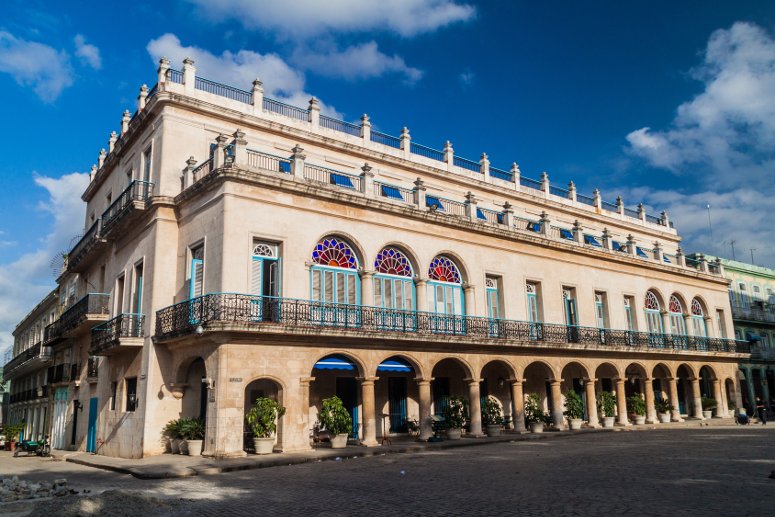 Housed in the stunning Baroque Palacio de los Capitanes Generales, along the west side of Plaza de Armas, it’s the perfect place to get to know Cuban history, with lots of remains and artifacts from past eras. The building itself offers a masterpiece architectural design
The museum could also be the right place to take refuge from the heat and spend some peaceful down time. 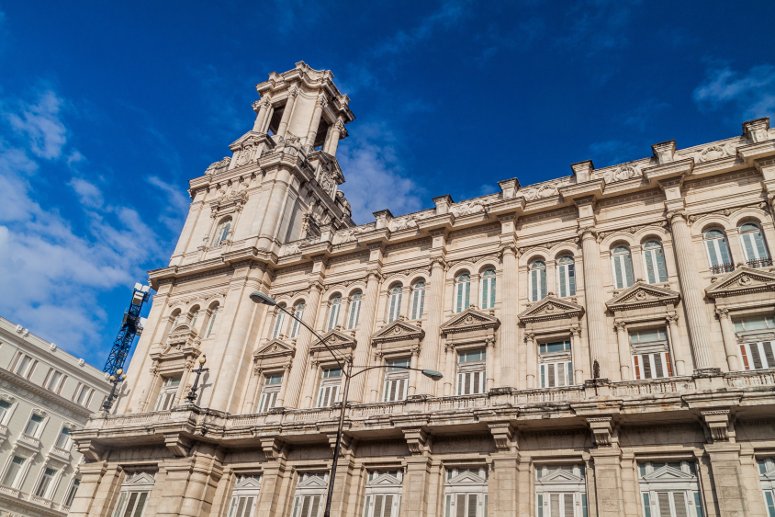 On the morning of your third day in Havan,a you can pay a visit to the National Museum of Fine Arts.
It occupies 2 buildings, despite being a single institution. On the one hand, the Palacio de Bellas Artes (Palace of Fine Arts), exclusively dedicated to Cuban art: it preserves paintings, sculptures and installations by some of the most influential Cuban artists, such as Guillermo Collazo, René Portocarrero and Wifredo Lam. Collections are organised in chronological order and provide an interesting portrait of local culture.
On the other hand, the magnificent Palacio del Centro Asturiano (Palace of the Asturian Center), which features international art, including examples of ancient art from Egypt, Greece and Rome, up to the present day. 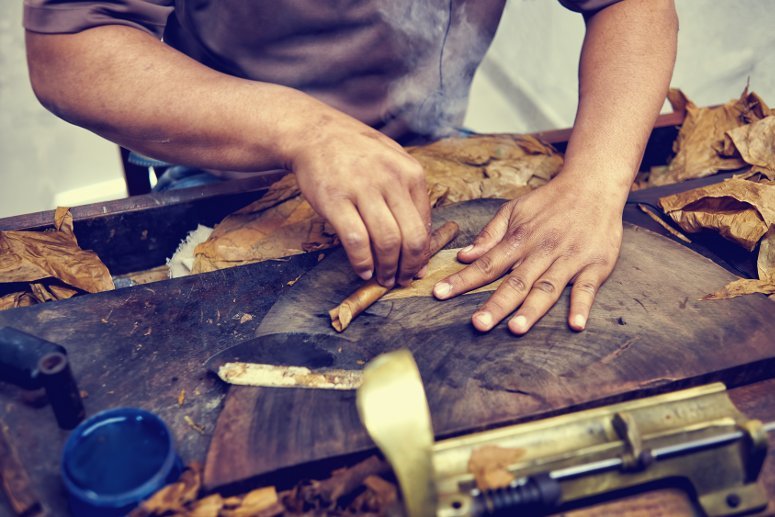 If you are in Havana, you have to see how Cuban cigars are made.
The Real Fábrica de Tabacos Partagás is one of the oldest and by far most famous cigar factories in the city, founded back in 1845. It is located in Centro Habana, across the street from the Capitol Building, in a landmark historic neoclassical building.
Apart from the historical credits, you will certainly be thrilled with the view of how cigarettes are made.
It is still fully operational and about 400 people work there for 12 hours a day, hand-rolling world-famous cigars such as Cohibas and Montecristos. Probably one of the intrigues which you are bound to experience is the tour of the factory from the ground floor, where the tobacco leaves are sorted and unbundled. The tour continues to the upper floors, where the tobacco is rolled, pressed, labelled with a band, and carefully placed in a box. Naturally, the factory shop is extremely popular. 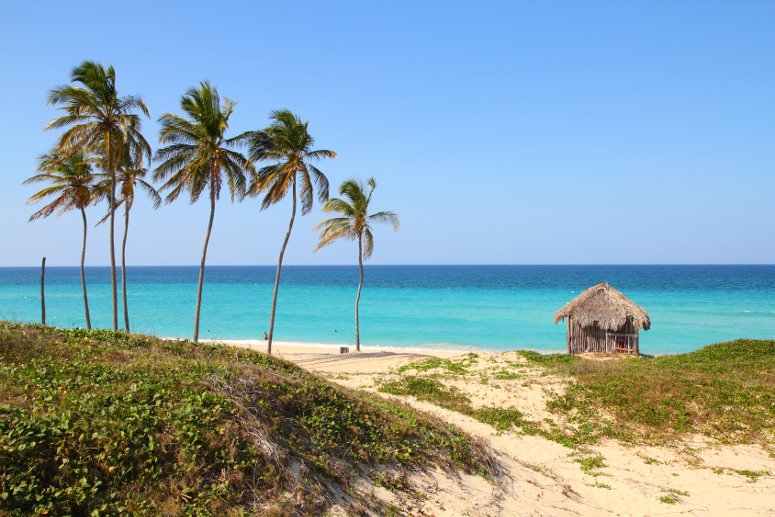 After some days of intense touring, it could be the right time to get a break and organize an excursion to Playas de L’Este, a 5-mile beach strip situated around 11 miles east of Habana Vieja.
Playas de L’Este starts at the Bacuranao resort, continuing through the towns of El Mégano, Tarará, Boca Ciega, Santa María del Mar until it reaches Guanabo.
During the hot summer months, it becomes the center of social life, the place where the whole of Havana descends to cool off and relax on the fine white sand and azure waters of the Atlantic. However, unlike other beach resort areas in the Caribbean, the beach isn’t busy year-round and can be quiet outside of the summer months.
With no garbage bins and trash cans, the beach may be considered a bit dirty compared to the sophistication most beaches of the world offer, so you should not be disappointed with the view. You may consider the dirtiness and unkemptness not as a negative but as a preservation of the Cuban and particularly, the Havana experience.

Where to Stay in Havana

Most of the listed attractions are located in Habana Vieja, so you may want to book a hotel there.
Vedado too is a nice area where to look for a hotel: it will take about half an hour to get to Old Havana on foot. One of most famous hotels of Havana, Hotel Nacional, is located here.
If you prefer to spend your days in Havana away from the city center, you can opt for areas such as the residential district of Playa, in particular the luxury neighborhood of Miramar, or Habana del Este and Playa del Est, a bit further East. 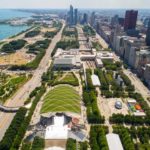 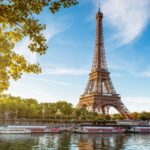 3 Days in Paris: “What to Do & What to See” Tips from Locals