A Guide To Fall in Love with Edinburgh 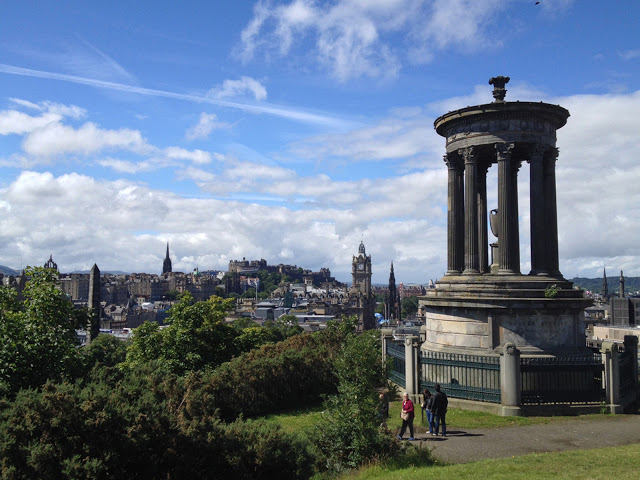 You will soon fall in love with Edinburgh: a few minutes before landing, the plane flies over the North Sea and then turns left towards the airport. In doing so, it flies over the Scottish capital, and you can have a first glimpse of its beauty: it will be as if you are “grazing” the symbols of the city like the mighty castle overlooking it or Arthur’s Seat, one of the volcanic hills on which Edinburgh lies.

The airport is about ten kilometers away from the center of the city, which you can reach either by bus or tramcar (or taxis, more expensive though!). We suggest you use Airlink 100, which will drop you at Waverley train station in 30-40 minutes. Adult fares for a return ticket are £7.50. Tickets can be purchased in advance on the company website.

You will get off at Waverley Bridge and you will be able to admire Edinburgh in all its glory. The bridge is in the very heart of the city, halfway between the Old and New Town. From here you can glimpse some of the most characteristics features that makes this city unique, at least for me. Choose a point you like and start to slowly look around.
At first, like magic (or like a magnet) your look will spot Castle Rock, the hill with the Castle and some buildings of the Royal Mile on top. Then follow the contours of the Old Town medieval buildings to Princes Street Gardens, a huge green area where people gather in the summer to sunbathe, enjoying the breathtaking view of the fortress on the horizon. 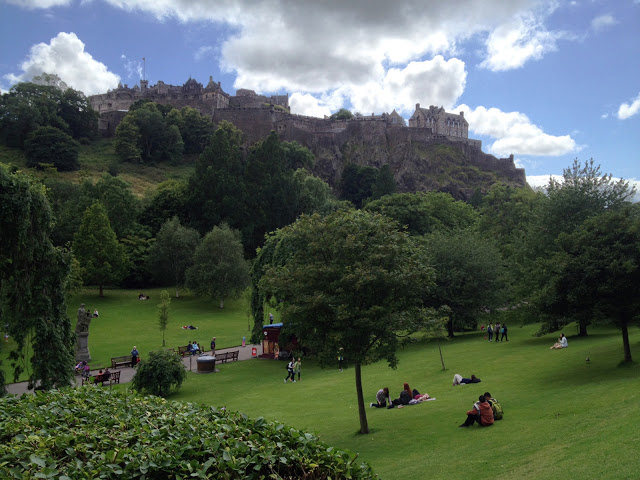 Turn your back to the Old Town and here is Princes Street, the shopping street, one of the most important sites of the New Town: do not miss the Scott Monument, celebrating the world-famous Scottish writer born in Edinburgh, and the Georgian architecture of the buildings in that area. Finally, turning to the right you can see Waverley Station in the foreground, the Old Calton Burial Ground (a cemetery) on the left and Calton Hill in the background, the city’s acropolis.

Before going any further, here are a few interesting facts about Edinburgh:
– Like Rome, Edinburgh also lies on 7 hills, some of which are volcanic: the most famous are Castle Rock with its Castle and a section of the Royal Mile, Arthur’s Seat in Holyrood Park, Calton Hill with its monuments and the best view of the capital;
– Waverley Station is the only station in the world named after a novel, Walter Scott’s Waverley. 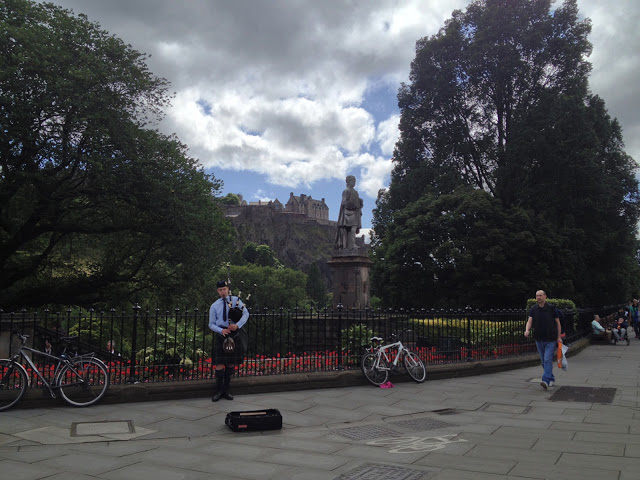 The Scottish capital offers plenty of things to do and see. Thanks to its small size, it can easily be visited on foot. I would say that, in order to properly visit it, you need at least three days. At this point, let me suggest you the 5 things that will make you fall in love with Edinburgh.

1) Walk the Royal Mile… A kilometer of history
It is the most famous and visited street, always full of tourists. It connects Edinburgh Castle to Holyrood Palace, the Queen’s official residence in Scotland. The two monuments are about one mile apart, hence the name of the street, the Royal Mile. Walking here means to be in the medieval heart of Edinburgh, see some of Scotland most historical buildings and symbols and its love-hate relationship with England.

You can find many pubs along Royal Mile. Here you can stop and try the traditional Scottish beers (there is plenty of choice and they are all good!). A fascinating one is the World’s End Pub, which owes its name because it is located between High Street and Canongate, where the safe limit of Edinburgh was once marked. The Royal Mile is also the center of the Fringe Festival, held every year in August, where lots of tourists attend the shows of street artists from all over the world. 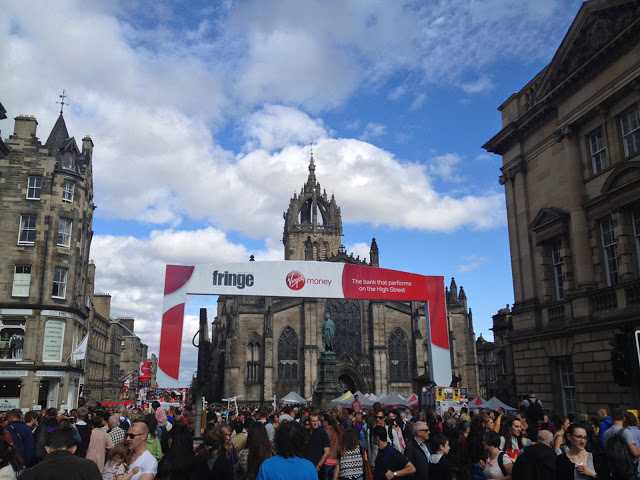 2) Exploring the Old Town
Declared Unesco World Heritage Site, this area is not limited to Royal Mile. You should get lost among the narrow streets making their way between tall buildings and spot closes, those half hidden passages leading right to the town main street. And there’s more!
Discovering the Old Town is like taking a journey back in time, see places like Grassmarket, todays’ favorite meeting point by tourists and students, and in the past the venue where capital punishments took place. Every corner of the Old City tells the story of this wonderful town.

A destination you absolutely should not miss is Greyfriars, the burial site of Bobby, the little dog that watched over his master’s grave for 12 years. Visit the place where many stories tell about paranormal phenomena (indeed”normal” events here in Scotland), and admire George Heriot’s School, which probably inspired JK Rowling’s Hogwarts.
About Harry Potter, his fans should stop at the Elephant House, the pub where the writer used to go write the first chapter of the saga. One last tip: walk along all these streets looking for glimpses of the Castle. They are really amazing!

3) A Trip to Holyrood Park
This is the Royal Park which starts at the end of the Royal Mile and goes around the historic center of Edinburgh. It is a huge green area also englobing the volcanic hill of Arthur’s Seat, the city highest point with a great view. Within Holyrood Park you will find a bit of everything, from medieval ruins to artificial lakes, from the cliffs to Duddingston, a village with a wonderful natural lake. Here and there are a number of trails of various difficulty (never particularly difficult though) for getting up the hill and to the cliffs of Salisbury Crags.

The park is perfect for an outing within the city center. Walk along one of the proposed routes, the nature and the surrounds are so quiet it will seem like being in the mountains. But if you look ahead, here Edinburgh. The place offers a 360 degree view of the city, which includes the Old Town with the Castle, Calton Hill and its monuments, Princes Street and the New Town, all the way to the North Sea.
The most evoking moments to commit this place to memory? I would say sunrise and sunset, with their colors and reflections bathing the city in light and letting it reveal all its beauty. 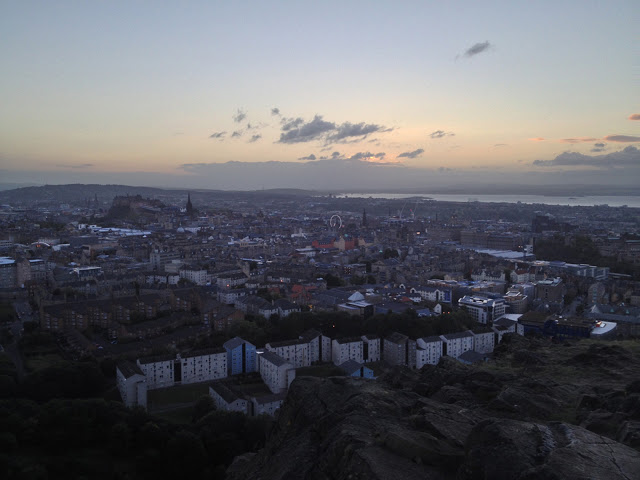 4) Calton Hill, Edinburgh  Acropolis
It is one of the seven hills of the city, and one of the most charming to photograph. It is a public park with lots of buildings inside, like:
– Nelson Monument, similar to a lighthouse and more than 30m tall, the building is dedicated to Admiral Nelson. Every 21st October, the anniversary of his death, the navy flags are lowered from the top: You can buy a ticket and go up to the top.
– National Monument, started in 1822 in neoclassical style, this building was never finished for lack of funds: for this reason it was named “Edinburgh’s shame.” Its shape reminds the Parthenon, thus the appellative “Athens of the North”;
– Dugald Stewart Monument, dedicated to the writer and Scottish philosopher, this is the most known and popular place for those willing to photograph the center of Edinburgh: perspective is wonderful, especially on sunny days where everything stands out even more… just try it! 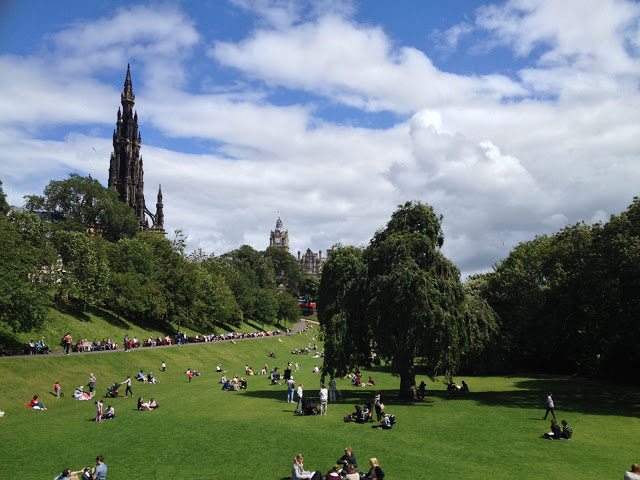 5) Discover Dean Village e Stockbridge
The western part of the New Town hides these two districts which, actually, are two villages that have kept and claim their tradition. I have a problem considering Edinburgh a metropolis, although during Fringe Festival hundreds of thousands of tourists come and clog the main streets.
At that time, visiting these two places can be a nice refreshing break. Dean Village and Stockbridge have a slow pace, not too many tourists come here and the center feels far more distant than the needed 10-15 minutes walk. Yet many things can be done here, such as walking along Stockbridge elegant streets or see the traditional working-class homes in Dean Village. 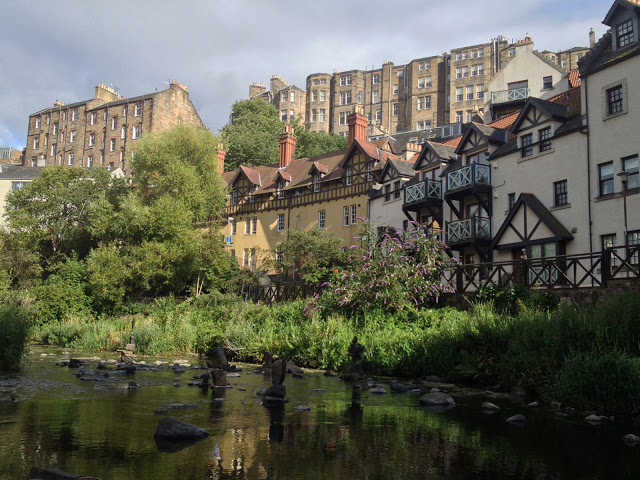 Do not miss Water of Leith, the pathway along the Leith river all the way to the North Sea. It is a very nice walk almost entirely surrounded by the nature. In some parts it will be like being in a forest, with vegetation so thick the sun rays hardly filter.

Edinburgh is a capital city on a human scale where you never get bored, with many attractions that will make your stay an unforgettable one. The Scots, hospitable people and always happy and ready to help, are its natural continuum. What struck me most is the attachment towards their homeland and its culture they constantly showed. It does not take much to fall in love with Edinburgh. I just needed a few hours, and I bet that the same will happen to you! 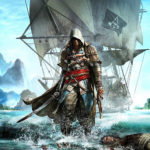 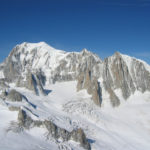