Holidays in Nice: Things to Do, Hotels and Sea 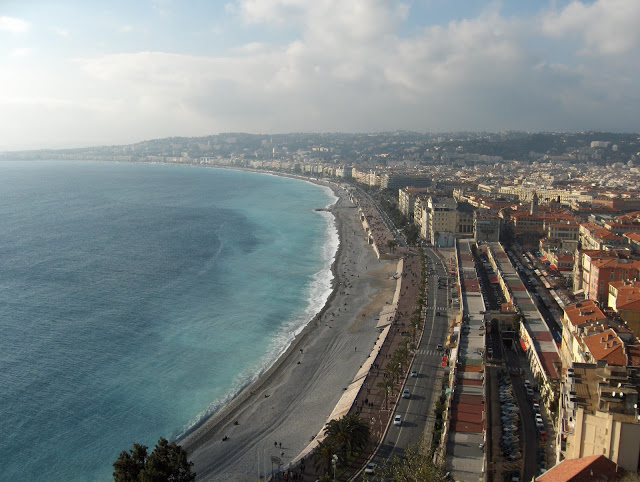 For those who are passing through the French Riviera, Nice is a mandatory destination, maybe for its central position, maybe for the fact that it’s the biggest city of the area, or maybe even for all its exuding charm. It is no coincidence Nice is referred to as “La Belle”, The Beauty, in virtue to its beauty and elegance.

The city is today one of the most appreciated tourist sites in all France, even the second, after Paris, for its hotel accommodation capacity, favoured also by its temperate climate particularly pleasant and its proximity to the sea (Nice is one of the most requested summer destinations from tourists!).
In other words, finding a hotel in the city commensurate with one’s needs will be a piece of cake.

Stopping at Nice is therefore mandatory for anyone who is passing through the French southern coast. Each and every one will then decide how much time to dedicate to the discovery of this city.

In the case you only have one day available, here are the most important things you must see and do in Nice in 24 hours. Plus, a few useful tips to get the best out of your available time.

1. Visit Nice in 24 hours (3 attractions that you shouldn’t miss)

The alleys of Old Town (Le Vieux Nice)
An excellent starting point from which to begin a tour of Nice is without a doubt Old Town.
A tip would be to wear a comfortable pair of shoes and just walk around, literally lose oneself in the grid of lanes, alleys and narrow streets that represent the beating heart of Nice both by day and night. This is, without a doubt, the most fascinating and characteristic zone of the city, besides being the most ancient.
Let your instinct guide you to the discovery of the most picturesque glimpses or of the most impressive monuments: 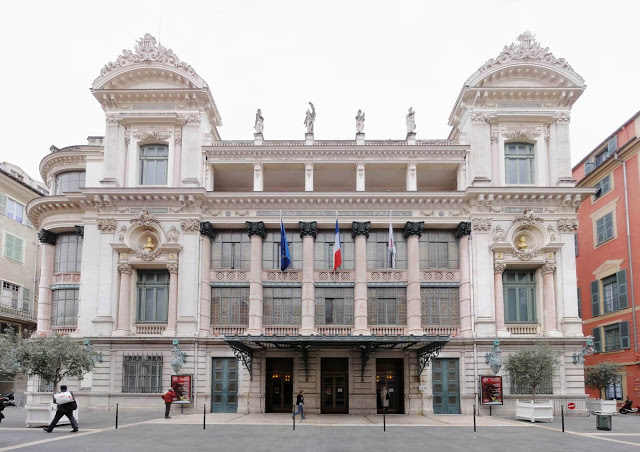 From Cours Saleya you can climb the hill of the castle (Castle Hill) and you can reach, following some picturesque stairways, the Parc du Château.

The stunning views of Parc du Château
The tor of Nice can then continue to the Parc du Château, located precisely on the top renamed Castle Hill: from here you can enjoy breathtaking views on Nice, on the harbor area and on the Baie des Angle, the Mediterranean stretch overlooking Nice.
There is a little climb to do before you get to the top, but the effort will be amply rewarded once you get to it. Alternatively, there’s a free public lift, which was installed where once the so-called Devil’s pit was, a cavity deep about eighty meters and that served as a well to the Castle. Here once stood a castle which, by virtue of its position, dominated the view of the entire coast line: of this fortress today only a few ruins remain (the building was razed to the ground in 1706 by order of Louis XIV)
On curiosity: every day at midday, right here a cannon shot is fired.
For the people of Nice, Parc du Chateau is mainly a place to relax, do some sport activities, organize a pic-nic  and a shaded garden to let the kids play. 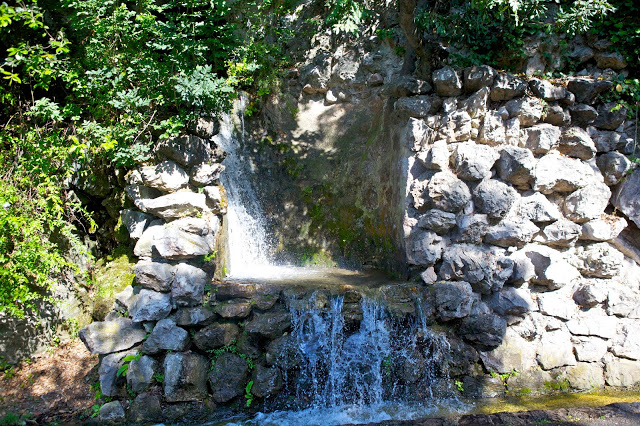 The walk along the Promenade des Anglais
Coming down from the Castle area, at this point, a stroll along the Promenade des Anglais is a must, one of the attractions that you can’t absolutely miss: this is probably one of the most famous streets in the French Riviera, renamed “Promenade des Anglais” specifically because it was made by the British who, starting from the second half of the 18th century, chose to spend the winter in Nice.
And how can you blame the people of her Majesty?
In a peaceful sunny day with no wind, there is nothing more pleasant than doing this walk on this stretch of sea, stopping every once in a while on a bench and simply enjoy the magical encounter between sea and sky.
Among other things, a sunset on the Promenade certainly could be the perfect end to this short stay in Nice.

For who decides to travel by plane, will be pleased to know that Nice’s airport is the second French stopover in terms of traffic and numbers of passengers in transit. The Nice-Cote-d’Azur is proficiently linked to both with the main European cities and also with a good number of flights towards non-European countries.  Among other things, both the landing and the departure offer very enjoyable views on the Côte d’Azur From the airport, a shuttle leaves regularly for the centre of the city. 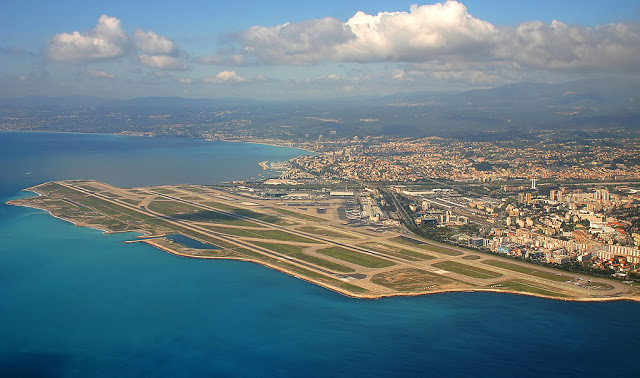 In alternative, one can decide to take the train: Nice is well connected with various European city stations.

The most adventurous people can also think about getting to Nice by car or by camper.

3. Where to stay in Nice

As mentioned above, Nice is the 2° French city for hotel capacity, so finding the hotel suited to your stay will be a fairly simple and fast effort. One of the most renowned hotels of Nice and the French Riviera, is, without a doubt, the Hotel Negresco: a 5 star luxury building, erected in 1912 along the Promenade des Anglais, and also famous for its popular restaurant, The Chantecler. Needless to say, rates are pretty high at the Negresco, considered the historicity of the hotel. 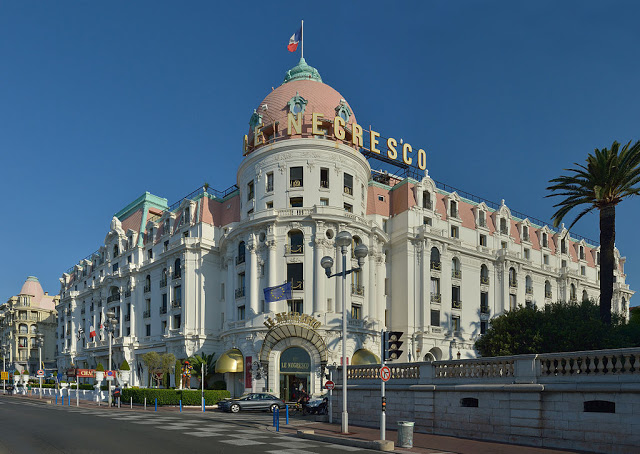 If the idea is to stay within a much lower budget, here are 2 interesting proposals that are worth considering:

Among the hotels in Nice that guarantee affordable prices we also recommend the Ibis Budget Nice California Lenval, ex Etap, which has just joined the Ibis chain: it’s without a doubt a modest and simple accommodation, for which the reviews of our guests confirm both the cleaning of the environments and the extraordinary friendliness of the staff. In this hotel in Nice, animal are allowed in the residence for a fee.

In addition, the climate is certainly one of the most appreciated characteristics of Nice, typically Mediterranean, seeing the proximity to the sea, and often considered a microclimate compared with the rest of the nation, guarantees to the French city really enjoyable temperatures throughout the year and moderate showers, concentrated prevalently in the fall and winter seasons. In general, it’s best to organize a tour of Nice in the spring or the summer, avoiding so the most rainy months. However in reality, anytime of the year is good for visiting the city. An inconvenience could be given by the Mistral, the strong wind coming from North-West and that sweeps frequently the coastal area of the Mediterranean France, including the Provence. 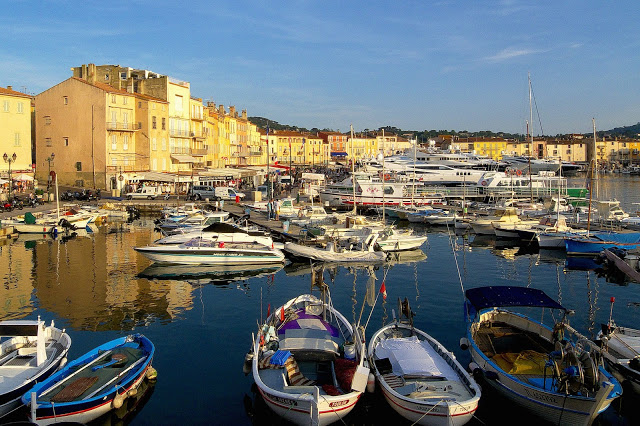 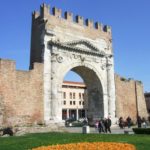 Holidays in Rimini and Cattolica: Sea, Beaches and Hotels 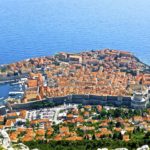 Dubrovnik | Croatia: What to see among the Beaches and the Hotels on the Sea