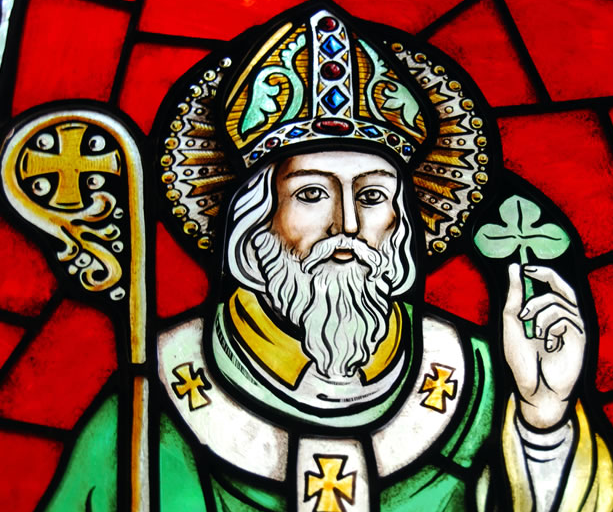 There are only few days left to St Patrick’s Day and Irish people, both in Ireland and abroad, are ready to celebrate.

But why is this feast so appreciated throughout the world?
In this post we are going to unveil: 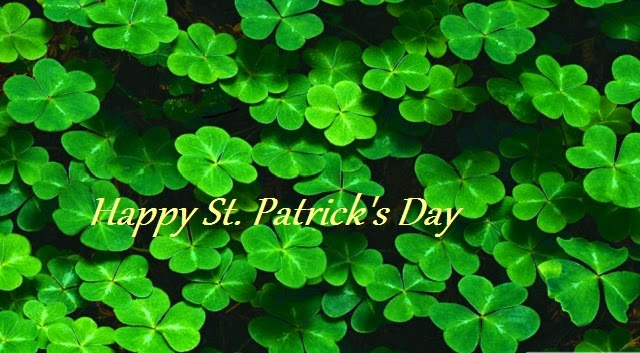 Besides Ireland, St. Patrick Day is celebrated in all those cities and nations where Irish communities settled, for example in the United States (St. Patrick is the patron saint of Boston), in Canada (just think that on the flag of the city of Montréal there is a clover, to confirm the strong Irish presence there), in Australia and New Zealand.

The origins of this feast are very old: the first celebrations for St. Patrick’s Day date back to 1737 in Boston and to 1762 in New York, whereas in Ireland they started towards the end of the 19th century. Only from the year 1995 St. Patrick’s Day was officially recognised as the a public holiday by the Irish Government.

St. Patrick was born in Roman Britain as Maewyin Succat; when he was 16 he was kidnapped by some pirates who deported him to Ireland, where he learned the Gaelic language and got familiar with Druids’ traditions while living in slavery as a shepherd.

After 6 years, he managed to escape and, moved from his Christian fervor, began to study Christianity supervised by the Bishop of Auxerre.
Later on, Pope Celestine I sent him as a Christian missionary to Ireland, specifically to those areas where paganism was still practised, originating Celtic Christianity, a combination between Celtic features and Christian symbols: Celtic crosses are a good example of this fusion.

There are many legends connected to the life of the Saint.
Rumour has it that, after 40 days with no food on the mountain Croagh Patrick, he managed to drive away the snakes that were infesting the island.
A shamrock, which over time became one of Ireland’s most famous symbols, was used by St. Patrick to explain the Christian Mystery of the Holy Trinity to the Irish pagans.
The date of his death is uncertain as well as the dates of his life. (On this regard, Wikipedia gives you a more precise Saint Patrick biography).

3. How is St. Patrick’s Day celebrated?

In Ireland, back in the 19th century, St. Patrick’s Day had a more intimate and domestic meaning.
The festive and exuberant spirit, which is today common in Ireland too, came originally from the United States, where Irish immigrants were proud to claim their Irish origin during their parades.
Thanks to its folkloristic character, St Patrick festival spread all around the world; events somehow related with Ireland are organized anywhere around the globe.

No matter where these celebrations take place, there are some essential elements.

On Paddys Day it is customary to wear something green, whether it is a piece of clothing or an accessory, preferably a shamrock, the sprig used by St Patrick to explain the Christian Trinity to the pagan Irish. And the color green, as you can see in the image below, really concerns everyone… 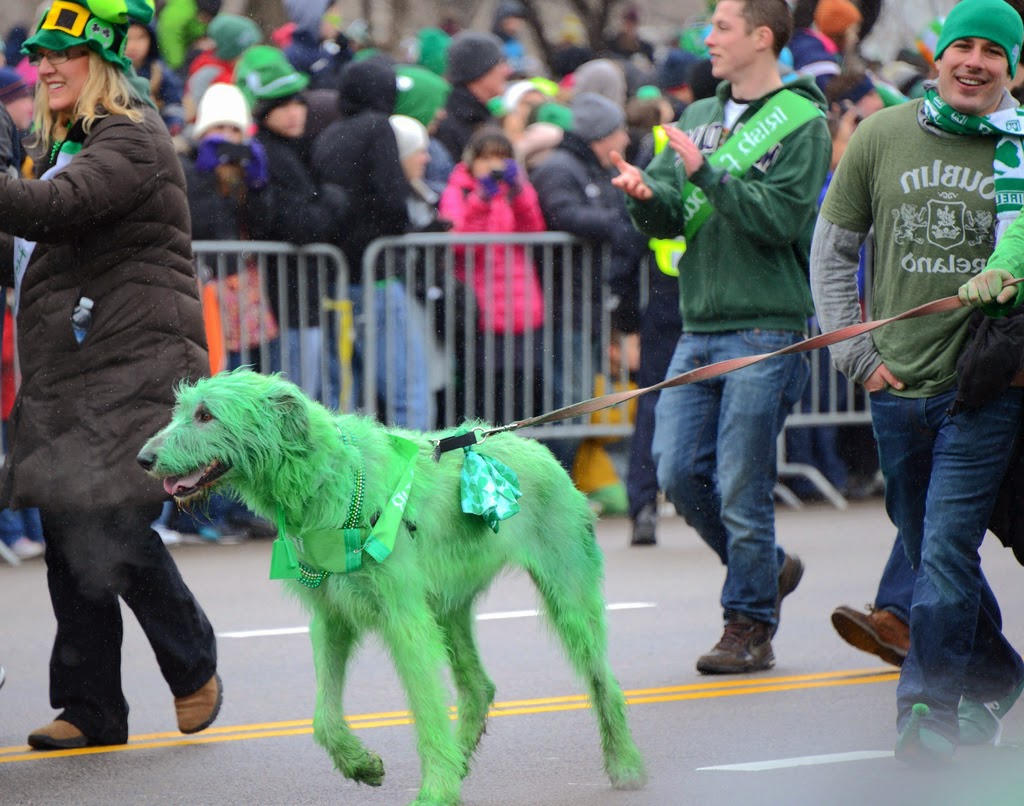 You’d better watch out though! If you do not respect the green rule, you will run the risk of being pinched.

Besides the Irish shamrock, the national symbol of Ireland, there is another very common image related with this country: it is the Irish Leprechaun, a sort of gnome with red beard that wears a coat and a hat. You will meet lots of people wearing leprechuan costumes at the parades on March 17th.

In addition to theme parties in clubs and green parades on streets (one of the most famous St Patricks Day Parade is the one held in Dublin, but also those of Boston, New York and Chicago are very popular), even the most famous world’s monuments join the celebrations for St. Patrick going green.

The annual initiative is called Global Greening: launched by the Irish Tourist Board, it sees some of the most iconic sites and fascinating architectural works in the world illuminated in green for Saint Patrick Day: the statue of Christ the Redeemer in Rio de Janeiro, the London Eye, the Empire State Building and, last but not least, the leaning tower of Pisa. 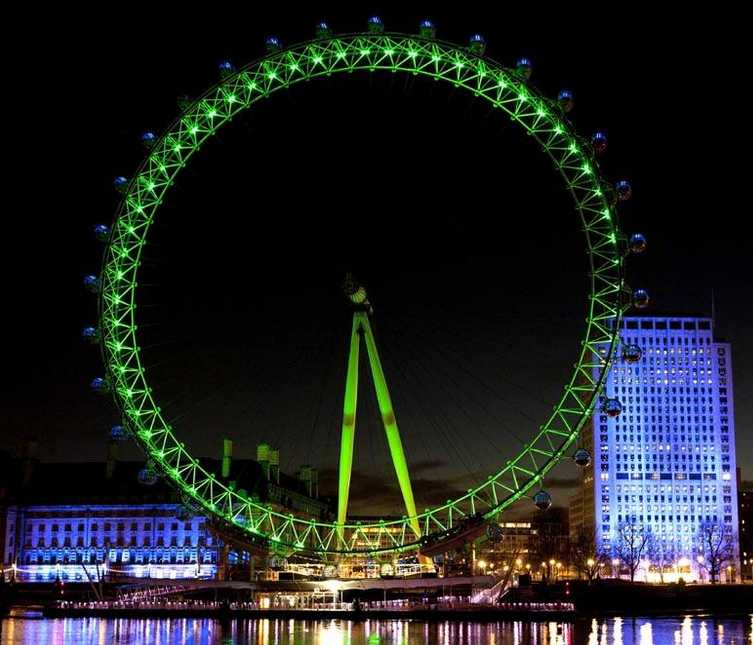 Whether it is to take part in Dublin events for St Paddys or to enjoy some interesting Dublin tours, here is a short list of our top seller hotels in the Irish capital (from the cheapest to the most expensive).

1. Russell Court Hotel (average price per night per room: € 75)
Booking a room at this hotel you will find yourself right in the heart of Dublin: the location is perfect to enjoy your stay in the city and get to the city’s main tourist areas walking. The style of the hotel is very original thanks to a typically Georgian furnishings with antiques and vintage pieces.
Discover all the services of the Russell Court Dublin.

2. Maldron Hotel Dublin Airport (average price per night per room: € 91)
This 4-star hotel is is the nearest to Dublin Airport. The hotel has a 24/7shuttle service to and from Terminal 1. Guests staying at Maldron can also enjoy the restaurant and bar of the hotel (the restaurant serves both Irish food/recipes and international dishes).
Browse the photo gallery of the Maldron.

3. Hotel Marker (average price per room per night: € 199)
Another central accommodation, right in the heart of Dublin, precisely in the area of Grand Canal Square, in the Docklands. It is a 4 star hotel that offers guests more than 180 rooms, a rooftop terrace bar, a brasserie (where you can enjoy some great Irish food and some original Irish recipes), a Spa and a fitness centre.
For more info on this hotel availability and prices you can visit this page.

4. Shelbourne Dublin (average price per night per room: € 250)
This is no doubt one of the historic hotels in Dublin: an elegant and central 5-star accommodation appreciated mostly for its luxury Spa, a true sanctuary for welleness, structured on 3 floors with 6 treatment rooms of various types, pool, gym and Spa facilities.
Check availability at Shelbourne Hotel.

Just a short paragraph to remind that St Patricks Day is also a festival for kids, with plenty of activities and games for them, including crafts or decorations projects, printable colouring books, funny costumes, jokes and typical St Patricks Day songs.
Beannachtaí na Féile Pádraig ort! – Have a nice St. Patrick Day 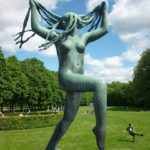 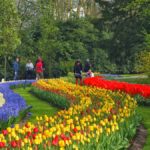 Spring Break: Bank Holidays and Weekends in the World’s Most Flowery Destinations