Christmas trees: origins and traditions in the world 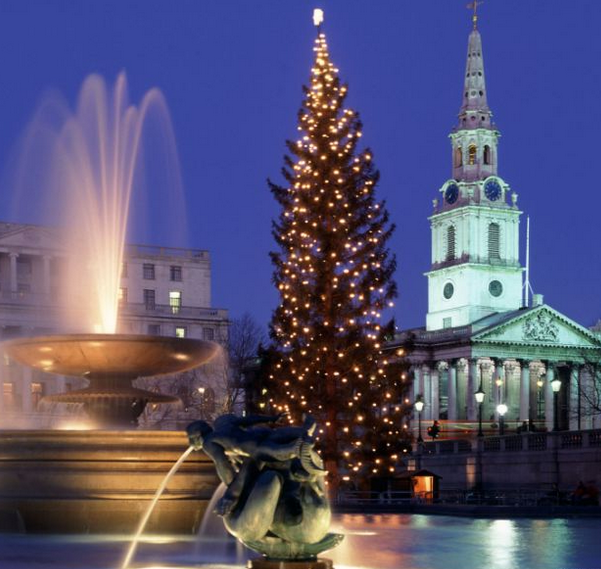 The time to dust off the boxes full of swags, garlands, candles, lights and anything else to bring the magic of the holidays in your homes has arrived. High, short, tight, with the pine cones or not, the important thing is that it must be a fir tree decorated for the occasion with lights, glittering garlands, coloured balls and small objects such as stars, little elves, candy… But have you ever wondered why at Christmas we reunite ourselves around a fir to exchange our gifts? 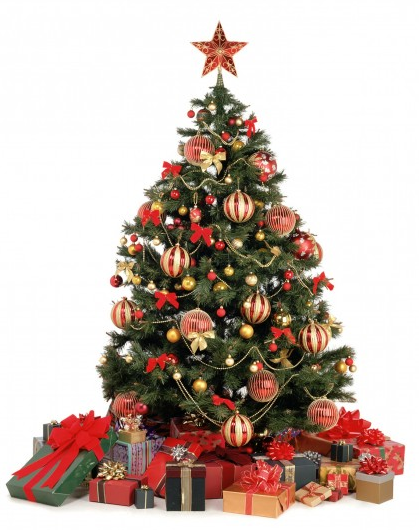 I hope that the most fervent Christians will not accuse a mystical crisis in discovering that the beloved Christmas tree tradition doesn’t have Christian roots, but pagan.
The fir, a tree for most of us trivial and obvious, contains a very deep message in its name. Its Latin name Abies alba is the combination of the first two letters of the Greek alphabet, alpha and beta, or alef and bet, the first two letters of the Hebrew and Chaldean alphabet, which mean the “Beginning of all things.”

Since ancient times, trees in general have always symbolized life and the hope of rebirth.
The Druids, the ancient Celtic priests, used to honour the fir during the winter solstice (the 21st or 22nd of December) for its evergreen nature. In fact, it was considered a symbol of long life and for this reason used to celebrate the “cult of the light,” representing the rebirth of the sun after the winter.
The tree appears in many customs and rites, for example the pagans in central and northern Europe used to celebrate the winter solstice’s night by burning a resinous fir trunk. 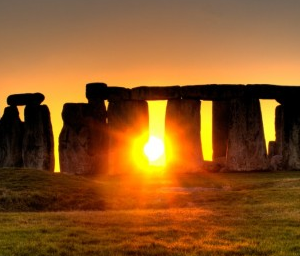 It seems incredible but the fir, since ancient times, has always been the fulcrum of the celebration. For a long time, Christmas tree tradition was widespread especially in Protestant countries located on the north of the Rhine; it was only after the Congress of Vienna, in 1814, that it began to spread among Catholics, firstly in Vienna thanks to the will of Princess Henrietta von Nassau-Weilburg, then in France thanks to the Duchess of Orleans’ desire, and finally throughout Europe.
In Britain, however, the tradition was introduced in the mid-nineteenth century by the husband of Queen Victoria, Prince Albert of Saxe-Coburg and Gotha, which according to its Germanic origins, wanted the tree in his residences during the Christmas festivities.

Then, in the early years of the twentieth century, the tradition of Christmas trees was gradually spread to all houses of the European and North American cities, making it one of the most iconic symbols of the Christmas holidays.

Once revealed the meaning of the Christmas tree tradition in your home, here are the most special, famous and beautiful trees that you can find around the world!

1. CHRISTMAS TREE AT ROCKEFELLER CENTER, NEW YORK CITY
The one at the Rockefeller Centre is for sure one of the most famous Christmas trees in the world! Hurry-up and book your flight, search online a good offer to experience a special Christmas in New York City.
On  Wednesday the 3rd of December, the tree in Rockefeller Plaza will be switched on until the 7th of January, 2015. Don’t miss from 7.00 pm to 9.00 pm the live shows in program that will entertain thousands of people crowing the sidewalks of Rockefeller Plaza.
There is a superb hotel not far from the Rockfeller Centre and close to many other attractions in the city: 4-star Grand Hyatt New York much appreciated in virtue of its strategic location in Midtown Manhattan. 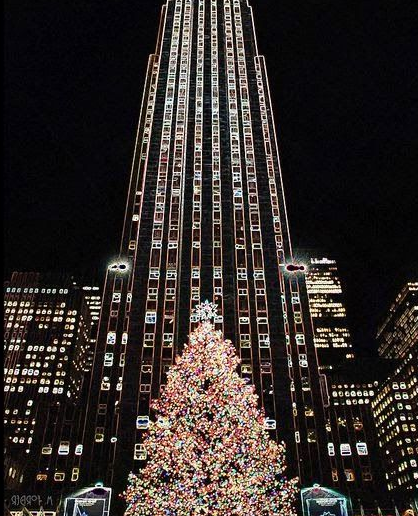 2. CHRISTMAS TREE IN RED SQUARE, MOSCOW
While in Europe after the Epiphany, families begin to reorder in boxes all the Christmas’ stuff, in Russia the party reaches its climax.
According to the Orthodox calendar, Russians do not celebrate Christmas on the 25th of December, but on the 7th of January, even if the party begins weeks before.
On the New Year’s Day, Ded Moroz (Father Frost) arrives on his magical sled (in Russian troika) and, aided by Snegurochka (The Snow Maiden), delivers gifts to good children. Go there to see the gleaming Moscow yolka, as it is called here the Christmas tree, which was imported in Russia for the first time from Europe in the seventeenth century thanks to Peter the Great.

3. CHRISTMAS TREE AT GALERIES LAFAYETTE, PARIS
At Galeries Lafayette, the French organisers take the festivities very seriously. For the first time, the Parisian department stores will put its 25 metres high Christmas tree upside down, and each hour will be punctuated by entertaining shows of lights and sounds. Don’t you believe what we’re saying? If you have never seen a thing like that, go and admire this odd tree with your own eyes. You can look for a special offer in Paris to live a different Christmas in the sparkling City of Lights. 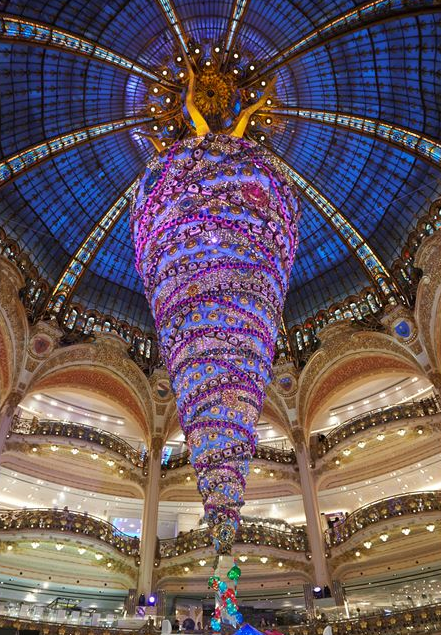 4. CHRISTMAS TREE IN TRAFALGAR SQUARE, LONDON
Maybe not all of you know that the beautiful and huge Christmas tree that lights up Trafalgar Square, was donated by Norway to the United Kingdom’s people as sign of gratitude for the help received during the Second World War.
Like every year, the lighting ceremony in Trafalgar will take place on the first Thursday of December and it’s going to remain lit until the Epiphany. Seize the occasion to enhance your Christmastime in London, a visit to Trafalgar Square will offer you a unique emotion.

5. CHRISTMAS TREE IN PIAZZA CASTELLO, MILAN
From the 28th to 30th of November, all children and their families are invited in Piazza Castello in Milan, Italy. Here, you will find entire tanks full of coloured bricks to build all together a Lego’s Christmas tree that, once finished, will reach three metres high. After an afternoon spent playing with your babies, take a short time for yourself in a day-use hotel in Milan: here, you can entrust your children to a babysitter to relax yourself in the wellness centre of the hotel at a very competitive price. 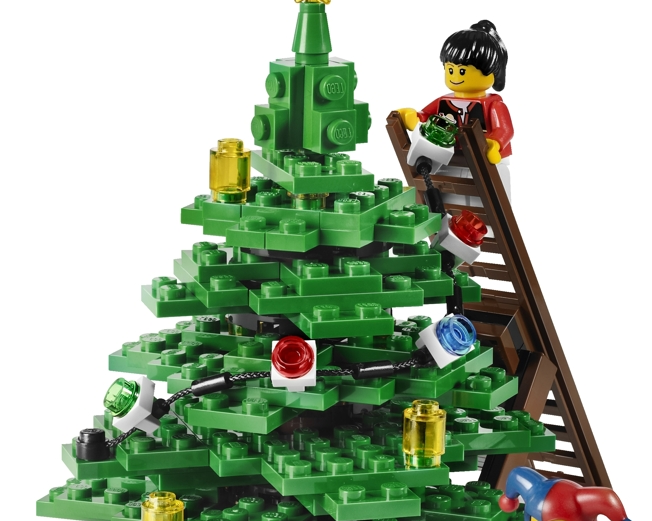 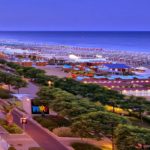 An Alternative Christmas by the Sea 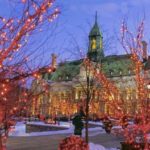 Christmas Markets 2014 in the World: Hotelsclick.com Tips for a Low-Cost Christmas Break

The Best Tattoo Shops & Parlors in...